Known as the fastest sport on two feet, lacrosse has seen its participation numbers skyrocket across the country over the last decade. Indoor lacrosse – also known as box lacrosse – is played inside the confines of an ice hockey rink, with glass and rink boards intact and the playing surface consists of green turf. The NLL combines the physical play of hockey with the high scoring, fast pace and play-making style of basketball. Teams on average combine to score a total of 25 goals during an NLL game and each team features five runners (forwards and defenseman) and a goaltender on the floor. For more information about the gameplay, visit Box Lax 101.

National Lacrosse League teams each play an 18-game regular season schedule (nine home and nine away) that begin in early December and continue through late April, followed by the Champion's Cup Playoffs in May and June. All games are played on the weekends, with the majority of the Swarm’s nine regular-season home games occurring on Saturday evenings. The Swarm home schedule is announced each year in September. The Swarm feature some of the best lacrosse players on the planet, including lacrosse legend Lyle Thompson. You can keep up with the Swarm on Instagram, Twitter, Facebook, TikTok and YouTube at @GeorgiaSwarmLAX.

Gas South Arena became the home of the Georgia Swarm at the start of the 2016 season.  In 2017, the Swarm won the NLL championship title becoming the 1st major Atlanta team to win a championship since 1995. 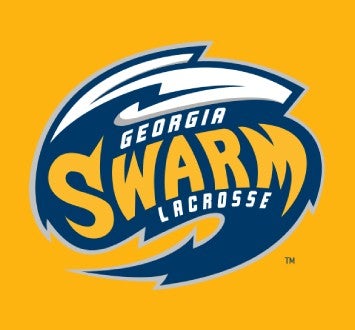